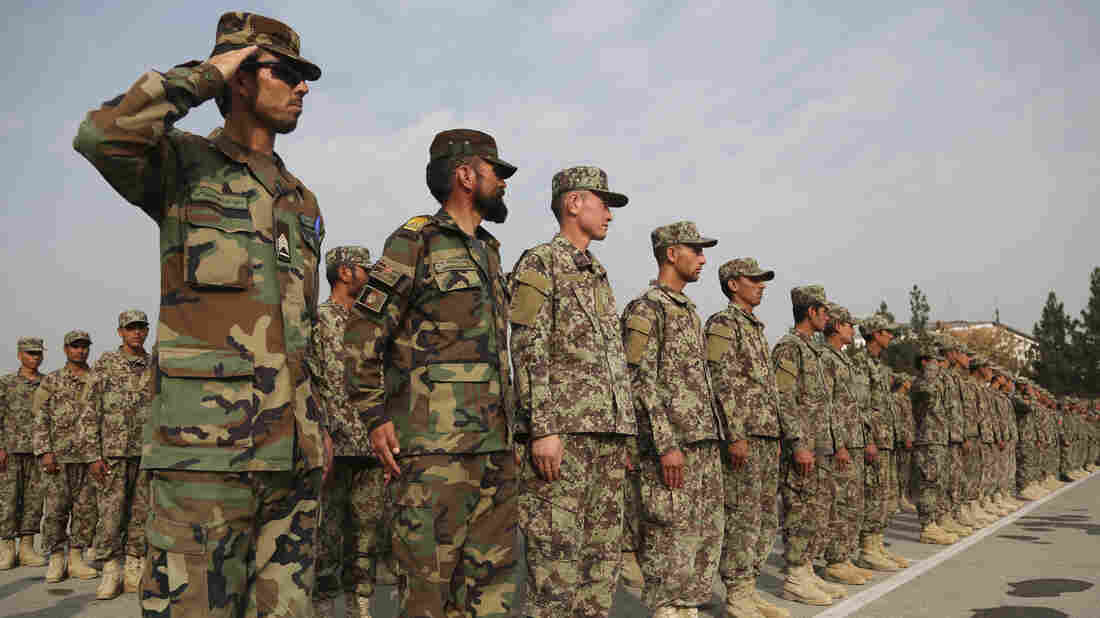 Afghan cadets attend a graduation ceremony at the Afghan Military Academy in Kabul. Saturday’s “insider attack” is the third time an Afghan soldier has killed an American counterpart this year. 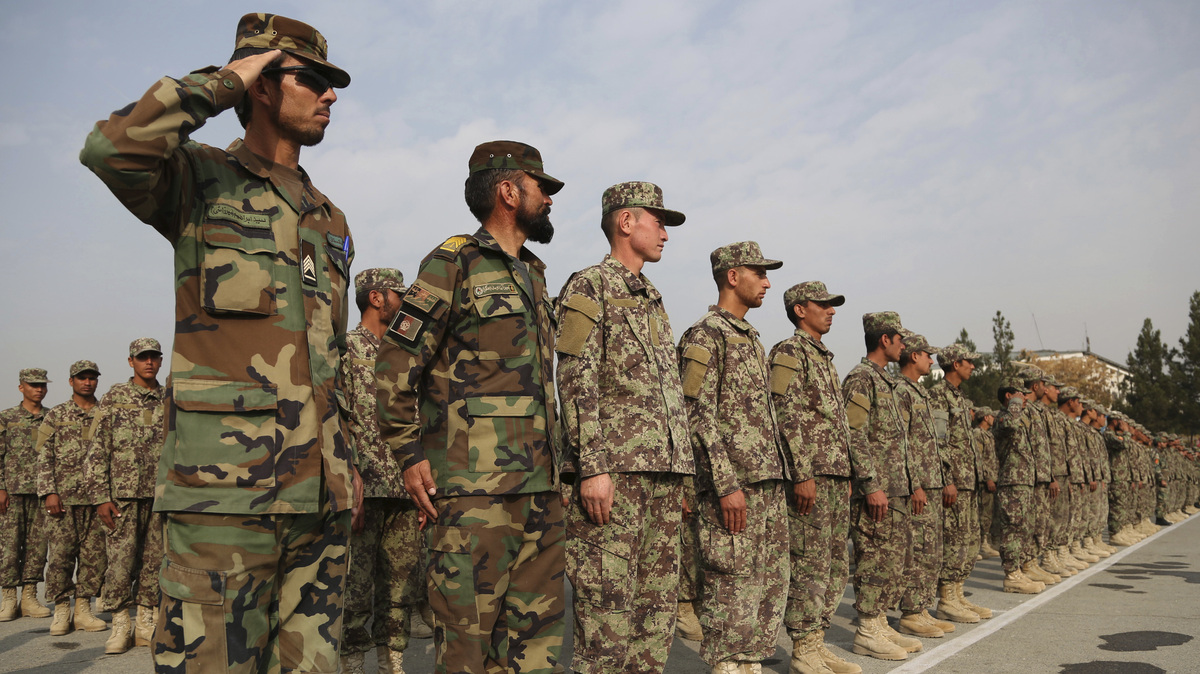 Afghan cadets attend a graduation ceremony at the Afghan Military Academy in Kabul. Saturday’s “insider attack” is the third time an Afghan soldier has killed an American counterpart this year.

An attack in Kabul killed one U.S. soldier and injured another Saturday morning. The attacker had been a member of the Afghan National Defense and Security Forces, NATO said in a statement.

Other Afghan soldiers killed the attacker immediately, NATO said. The name of the American killed has not been released. NATO described the wounded soldier, who had been airlifted to Bagram Airfield, as being in stable condition.

This is the third time an Afghan soldier has killed an American counterpart this year, known as an “insider attack,” reporter Jennifer Glasse tells our Newscast team.

Defense Secretary Jim Mattis said in September that Afghan forces would increase vetting in response to these attacks. “They are bringing in more people that we have helped train to know how to do it, to make certain we’re catching people who have been radicalized,” Mattis told reporters, according to Reuters.

Insider attacks are among the many data points that can track the progress of the 17-year war in Afghanistan. At their peak in 2012, there were 44 such attacks, Jennifer reported.

“We think the reasons for these attacks are complex,” Gen. John Allen told NPR’s Tom Bowman in 2012. At the time, Allen was the top American commander in Afghanistan. He told Tom that insider attacks could be sparked by Taliban infiltrators, disputes between NATO and Afghan security forces, and even the timing of Ramadan, the Muslim holy month.

“The reforms they’re doing internally — the retiring of older officers, the professionalizing of their force — it’s a new army,” Nicholson told Rachel. “It didn’t exist when the war began.”

In another notable insider attack last month, an Afghan guard shot the American general in charge of training and advising Afghan security forces in Kandahar. Brig. Gen. Jeffrey Smiley was shot twice in his limbs, Tom reported. That attack killed two high-ranking Kandahar officials and wounded several others, including the province’s governor and two Americans. The top American commander in Afghanistan, Army Gen. Scott Miller, was also present at the meeting but escaped without being harmed.