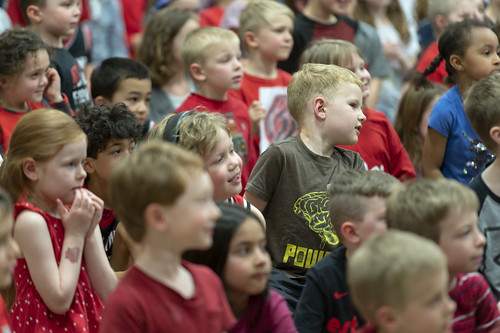 When you hear the word basketball, the first thing that probably comes into your mind is NBA basketball. And why not? The NBA or the National Basketball Association is the most popular basketball league all over the world. That’s many thanks to Michael Jordan who’s been an instrument in popularizing NBA both in 1990s and in 1980s.

Basically, the NBA is the premier men’s basketball league in the United States in the professional level, particularly in North America. It is also the top league when it comes to salaries, game popularity, level f competition and talent. At present, there are thirty teams in the NBA coming from both the United States and Canada.

The NBA started out as the Basketball Association of America or the BAA in 1946. Its aim was to organize the top teams in the professional category as well as to make them more popular. The first game of the league was played between the Toronto Huskies and the New York Knickerbockers in Toronto, Canada. In 1949, the name National Basketball Association was adopted.

From this year hereon, NBA continued to evolve along with the addition of more teams. Notable players also started to emerge. It featured famous players like George Mikan who is known in the NBA as the first “big man;” Bob Cousy, the most celebrated point guard; Bill Russell, considered as the genius in defense. Other notable players include;

There are lots of notable NBA players fro the United States. However, not all of the players considered to be among the greatest are from the USA. International players have also made their own marks in the history of NBA. Kareem Abdul-Jabbar is among them. Others include;

• Leandro Barbosa – He was from Brazil and was awarded the Sixth Man Award in 2007.

• Pau Gasol – received the NBA Rookie of The Year award in 2002 and became the World Championships MVP in 2006.

• Manu Ginobili – this San Antonio Spurs man is from Argentina and won the Sixth Man Award in 2008. He was also the Olympic Tournament MVP in 2004.

• Tony Parker – Also playing for San Antonio Spurs; he was the NBA Finals MVP in 2007.

• Andrei Kirilenko – this Russian is also known as the AK-47 in NBA; he won the Eurobasket 2001 MVP award.

Aside from the list above, many international players have been doing great jobs in NBA. Yao Ming and Andrea Bargnani were both first picked in 2002 NBA Draft by Houston Rockets and 2006 NBA Draft by Toronto Raptors respectively.

The Teams in NBA

Basically, there are 29 teams from the US and 1 from Canada playing in the NBA. All these themes were divided into two conferences with three divisions each.

What do you think?


Warning: array_rand(): Array is empty in /home/askmicha/public_html/social-tap.com/wp-content/plugins/ad-ace/includes/ads/common/class-adace-ads-widget.php on line 163

Don’t miss out on new posts

Your password reset link appears to be invalid or expired.

To use social login you have to agree with the storage and handling of your data by this website. %privacy_policy%